I was tagged by Bea When Curiosity Killed The Cat

The rules are simple:

Even though I watch a lot of TV shows and movies this was a bit hard for me, but here you go:

Wonder is beautifully written story about a physically deformed 11-year-old child. Edward Scissorhands is a beautiful movie about a man with scissors for hands. Neither can blend in our society, not when they were meant to stand out. That’s a quote from Palacio.

Just like Marvel’s X-men series, Miss Peregrine’s Home For Peculiar Children By Ransom Riggs is a well written, amazingly illustrated story about “peculiar children’–kids of all ages with superpowers. The best part? The book is full of actual photographs of the characters, the settings, and even some of the events in the story. The writer originally meant it to be a picture-book for kids, but the photographs he collected inspired him to give life to what is without a doubt, one of the best stories I have read!

Also, Tim Burton is making a movie adaptation for this book!

Both has demons, ghosts, angels, lots of scare that left me sleepless at night, and two insanely hot guys. Can’t go wrong with that!

People with superpowers trying to fulfill their destiny while also being hunted down by madmen? This book and this movie have a lot more in common than you might think.

Then you must read: 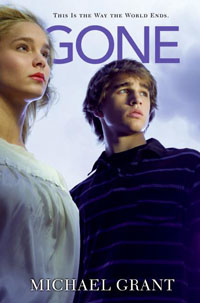 They are both similar in the way that entire place is isolated from the rest of the world by a strange phenomenon–except that in Michael Grant’s Gone, children below the age of fifteen are stuck inside the dome, and all of the adults disappear. I can’t say much about the tv series, but you have got to read this book!

Penelope is a girl cursed with a pig nose. North of Beautiful is about a girl with port-wine stain. They both feature romance, self-discovery, acceptance and the addresses the question: is beauty really skin deep?

I love foreign films, and Pan’s Labyrinth is also the only film I know that features the faeries the way they are portrayed in the Iron Fey series. However, this isn’t the only the book and the movie has in common. While both are significantly different, they also follow the story of two girls as they discover a strange magical world, are forced to do dangerous tasks and in the end make a huge sacrifice for their brothers.

Shatter Me is actually quite similar to X-men–the main protagonist actually has Rogue’s power–but it is also very, very similar to Heroes with the whole save-the-world theme.

Also, if you liked Heroes, then I love you and you are officially one of the coolest people ever!

Save the cheerleader. Save the world.

I’m sorry but I cannot talk about Heroes without saying that. Or without fangirling!

Well, that is it guys. I’d love it if you did this tag too, so whoever is reading this…YOU’VE BEEN TAGGED!